Sometimes in life you are just plain wrong.  When I was 5, my mom told me I was playing baseball.  “Um, no, I’m not, MOM.  Baseball is intrinsically boring and a mirage of ‘slice of life Americana’.  Quit trying to control my life and live vicariously,” I said harshly, as I was a highly advanced and contrarian 5 year old. 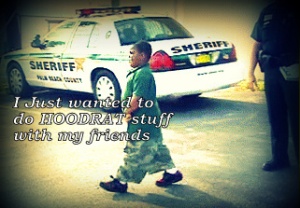 “Just try it for a year,” she replied in an extremely mom-like fashion. “If you don’t like it after a year, you won’t have to play anymore.”  What else could I say?  It was a reasonable request with a built in escape clause.  So I played baseball that year… and the following 12 years… and coed softball in college… and at my company’s softball game…  and I watch approximately 75-115 games during the baseball season… and it’s my favorite sport.  I was wrong.  I love baseball.  I wish my mom would have started me at 4 years old.

Point of the story is, sometimes you think you understand something before you’ve even experienced it.  And then someone forces you to try it and you end up loving it.  Exhibit B:  Vampire Diaries.  Yeah, I REALLY like this show and I don’t care how this makes me look.  It’s on the CW. Don’t care.  The only reason the show is on the air is  because of the Twilight phenomenon.  DON’T CARE.  All the surface things you see, that would normally drive you away from ever trying a show like this, are just a glossy wrapping paper to draw people in.  It’s like a SpongeBob t-shirt disguising a gun shot wound.

In other words, this show is BRUTAL.  Like, METAL BRUTAL.  I don’t know how they are getting away with showing this stuff on network television, but while some shows are pussy-footing around on offing any characters in their overstuffed cast (I’m looking at you, True Blood), Vampire Diaries are ripping out hearts, setting people on fire, torturing people, burying people alive… This is in addition to the normal weekly neck-biting and staking shenanigans, and all on network television.

Oh my Satan! Is Elene going to end up with Stefan??? GGRRAARRRGGG

I decided to check the show out after having a few friends tell me it was better than to be expected, and that they were actually hooked now, because Vampire Diaries does this incredible job of always HAVING SOMETHING HAPPEN. It’s not always a huge build up of weeks of possibly, maybe, potentially things happening.  No, shit happens on this show.  All the time it is GOING DOWN.  “You have to watch it and write about it,” they said.  “Pfffftttt,”  I said back.  “Pffffft.”.

On the next 7 episodes of The Walking Dead…. Sophia went missing… AGAIN *Sad Trumpet*

Then, I read an interesting article on AV Club, basically confirming what I had already heard (here it is:http://www.avclub.com/articles/experience-the-vampire-diaries-twisting-plot-and-m,86133/ but warning there are GIANT SPOILERS in the article). What VD lacks in street cred, they make up for in constant action and plot development. Also, my girlfriend likes the show, so I was probably going to go down this road at some point anyway.

Now, if you lovely readers recall from the last article I wrote, I always give a show 3-5 episodes to prove itself before throwing in the towel.  I always found this to be the fairest way to approach television, because it’s so insanely rare for a show to bring it all together into cohesive programming thought before that amount of time expires (the only show I can think of that was absolutely sure of itself in this way is Arrested Development.)

Fair warning:  there are elements of the show that in the first five episodes made my eyes roll harder than they ever have.  Like the namesake voiceover “diary” entries.  I understand the thinking in trying that approach, BUT you’re making a show about vampires and teenagers… on the CW.  It’s already going to be exceptionally overwrought and melodramatic.  Let’s not add more coals to that potential barn burning fire.  Thankfully, I think whoever the producers are over at VD saw the first few episodes and felt their faces flush in embarrassment over that idea.  So pretty quickly the voiceovers were pulled back.

Outside of those few scenes in each of the early episodes, the show was surprisingly strong in establishing characters and mood, and evoking great genre moments in each episode.  Rarely have I watched a network show that attempted horrific moments to play as genuine horror so successfully.  For all of the hoopla of American Horror Story, it mostly relied on quick edits and music to milk scares out of the audience, whereas Vampure Diaries develops truly scary moments.

Also, some of these for the ladies…

Is it Downton Abbey or Mad Men?  No, it’s not.  But it knows what it can do and does it well.  And it has a secret weapon in Ian Somerholder’s Damon, the bad boy brother and true life blood of the early episodes.  He often appears to be drunk or on some kind of medication in his portrayal of Damon and seems to have attended the “Acting with Your Eyebrows School of Acting Actors”, but somehow it works.  He’s surprisingly great.  The soundtrack to the show is surprisingly great.  The show itself… you get the idea.  So, check it out.  Start at the top (it’s on Netlfix), give it a few episodes, and see where it takes you.  You may be surprised how much you’re into a show about teenage angst and vampires.